Deliberations for who will win the 2012 Nobel Prize for Literature will shortly be under way. With an impressive lineup of entries to choose from, there can be no surefire bet for who will take this coveted award. That’s because currently the odds are only at 5/1 for the win.

Yes, not satisfied with the profits from gambling on sports, bookies have found a way to hedge bets on prestigious literary awards. Ladbrokes, a British betting enterprise dating back to 1886, offers odds for the 2012 Man Booker Prize and the Nobel Prize for Literature, among others.

Fancy a gamble? Here are the frontrunners as they stand now: 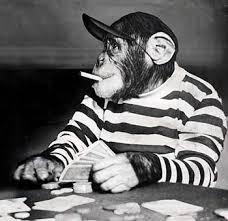 Murakami has a clear lead with far safer odds than his fellow nominees. His most recent work, IQ84, was translated from Japanese in 2011, and has received high acclaim from both critics and readers.

Bob Dylan is slightly more out of place this high in the list. Though his chances may appear strong, they’re deceived by his popularity. Those placing bets are more likely to choose a name that’s familiar to them. Gamblers loyal to him placed £100-plus bets that shot him up the list, from 100/1 to 10/1, bounding past far better respected writers Tom Stoppard and Cormac McCarthy (both 16/1). Ladbrokes’ spokesman Alex Donohue puts Dylan’s chances rather bluntly,

We’re happy to ‘fill the satchel’ in bookmaking terms as we expect the Dylan backers to part with their cash again this year.

If you know anyone who has actually generously donated money to Ladbrokes by ‘betting’ on him please try to get them professional help, either from a psychiatrist or an accountant.

Yes, I think that says it all; no Nobel for Dylan this year folks.

If you can’t put a face to the names in the 3rd and 4th spots, it might be because they’re newcomers to the Nobel scene. Mo Yan is a subversive author, once described by a TIME article as “one of the most famous, oft-banned and widely pirated of all Chinese writers.” Nooteboom, a Dutch writer, enters the longlist for the first time in his extensive career, having published his first novel in 1955 at the age of 22. 46 of this year’s 210 nominees are first-time candidates for the prize.

So how accurate are the odds? Last year the winner of the prize, Swedish poet Tomas Tranströmer, was given 9/2 odds, behind the favorite to win, Adonis, a Syrian poet who still ranks high on the list this year at 14/1. Therefore, Murakami isn’t a completely safe bet, but his chances are looking rather strong.

Deliberations will begin in about a week’s time. The announcement date for the winner has not yet been released.