Literary festivals come to town and go, and for whatever reason you just couldn’t make it out to all you wanted to see this year. Fear not! Now the festival can come to you. 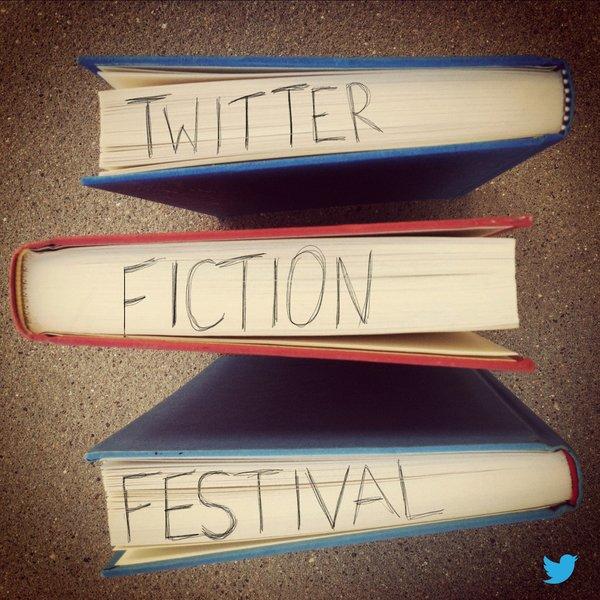 Today is the first day of Twitter’s very own Fiction Festival, an event that draws writers and readers from around the globe together on one page. Literature has never been so instant, accessible, or succinct, as authors craft stories from afar in real time, sometimes as short as 140 characters.

The Festival showcase will be a completely virtual event, taking place on Twitter with participants from five continents and stories in five languages. For five days, Wednesday, November 28 to Sunday, December 2, you’ll be able to find creative experiments in story-telling on Twitter around the clock.

Want to get involved? At this festival, you’re not relegated to the sidelines. Jump in with your own fiction, and use the tag #twitterfiction for all to see your work. You could:

A showcase page of all the festival’s entries can be found at this link. Missed the daily live retweeting of Hamlet? Don’t worry, all of the selections are collated for you like this. You’ll never miss a lit festival again.

To give you a heads up on the happenings, here are a few highlights. No need to grab a map and traipse from tent to tent! You can also head to Twitter’s blog for a complete schedule:

I love that all of these creative people have embraced the idea of “twitterature.” I’m sure it’s a challenging way to stretch (squeeze?) one’s writing skills, and really brings the audience something innovative. What are your thoughts on how Twitter is changing the literary world?

Check back next week for a summary of the festival’s highlights!