Is it possible to rank the world’s best literature?

Well, no, and we’re certainly not going to try. Although in 2007, one publication did. Now we ask, did it get it right? 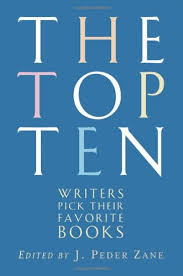 The Top Ten: Writers Pick Their Favorite Books is a collection of “Top Ten” lists provided by some of the world’s most respected authors–125 altogether, from Norman Mailer, to Jonathan Franzen, to Stephen King and Annie Proulx. In all, a total of 544 works were mentioned at least once in the 125 lists, which were further separated by different criteria to concoct a number of other lists:

Despite the book’s seemingly absolutist mission to seek out the best ten books ever, its editor J. Peder Zane views the collection more as a reading guide. He was inspired by a dream that other readers will probably find familiar; stranded on a desert island and thirsting for nothing other than a really good book, Zane suddenly found himself pelted from above with one masterpiece after another, turning his “little isle into a Tower of Biblio-Babel.” He interpreted the dream to represent the “opportunity and befuddlement” book lovers face, and resolved to answer that perpetual reader’s question, “What should I read next?”

“Part Rand-McNally, part Zagat’s, part cultural Prozac, it takes the anxiety out of bibliophilia by offering a comprehensive and authoritative guide to the world’s best books.”–J. Peder Zane

Something notable about the reduction of a near infinite choice of works to one relatively small collection is the resultant ability to point out patterns in the writers’ selections. Amongst all of them, there is an overwhelming prevalence to go for “memorable character-driven dramas of love and death, delineated by nuanced prose,” as Sven Birkerts so elegantly puts it. We can also see that across all of the lists, the 1920s produced the most popular works, comprising 15 novels named on two or more lists. (The twentieth century in all was the far more appreciated century.) The book’s appendix cross-references the 544 books by many other illuminating standards.

And yet, can we really reduce the supposed best literature of all time into lists, no matter how many we have of them? Annie Proulx, who submitted a list of her own top ten didn’t seem to think so as she penned, “Lists, unless grocery shopping lists, are truly a reductio ad absurdum.”

Whatever you believe, whether the 544 books in The Top Ten can be considered the best books ever or not, the collection must at least highlight a multitude of books that can all be deemed “worth your time.” Close your eyes and stab your finger on any one of its pages and you’ll stumble upon a good read (or at least somebody’s good read). After all, given that 125 famous and respected living writers contributed to the list of “top top ten” below, it wouldn’t do you any harm to give each a try. At least, I know what my next New Year’s resolution will be.

Thanks to Flavorwire, we have a nifty infograph to pictorially dilute the massive amount of information found in the book. Have a look through the results and tell us what you think in a comment. Who was shafted? Who doesn’t deserve to be on the list? We want to hear your thoughts!